Each week we will be posting the match reports from any fixtures that happened over the weekend. It would be great to get as many match reports as possible from the Adults & Junior sections as well as photos/videos if you are feeling brave!

If you have a match report to share, send it through to social@haslemerehockey.com or message Will/Buddha.

Haslemere ladies travelled to Salisbury on Saturday and wanted to ensure a win. Coming together after last weeks disappointing 2-1 loss, the team were ready to play together and make sure we learnt the lessons we needed too.

As we’d never played Salisbury before, we spoke about keeping to the game plan and working for each other. Positive talk and attitude were a must right from the beginning. Salisbury started out strong but Haslemere persevered and managed to get six past them through open play and great team work. Salisbury had a lucky two goals but ultimately we were very proud of how we played and worked for each other.

Onwards to next week with New Forest at home.

A sunny day over in Basingstoke saw a team of ten to start building to eleven after Heide had her hair done.Meg as goalie, in pads for the first time, saved the day!

Once we’d all got into our groove we started firing balls at the goal, with Hailey scoring followed by Heide hitting the back board! Great to have some old faces returning such a Becs playing again.

Fortunately no blood shed this week and ultimately a thoroughly enjoyable game all round with a 2-1 win in the end.

Glorious Autumn sunshine at the Edge as a Windsor team that had previously dispatched Johnny’s young Pretenders arrived (a little bruised by all accounts) but in confident mood. The pre-match chat was affable with Windsor’s centre forward asking the nomadic Lynch which team he actually played for? having faced him in so many different colours of late. Proud Lynchie (fresh from his Town Clerk of the year – runners up spot) retorted “I play for Haslemere“ to which those wags in the halves responded “no you don’t“.

Windsor were very strong in the first 20 and with Rear Admiral Milne-Home in fine voice it was all hands to the pump to repel the skilful and vocal Windsor forward line. In every sport you have to make yourself hard to beat and for the second week in a row the Mere defence was truly heroic Stuart, Richard and Peter played fair but old school and frustrated the opposition quite brilliantly – but it was the perennial Hardie who really caught the eye rolling back the years with a man of the match performance – one tip over the bar save was international class.

12 short corners later and Windsor scramble one in but at only 1/0 down at half time we were still in it. Second half and we catch them cold from the push back with Lynchie scoring on the 5th rebound – Windsor unnerved and our confidence growing this now becomes a much more even affair with Larkham, Pip, Gidley and the enforcer Saunders asserting in midfield. Another short corner – Hardie is unsighted by the low sun or Harvey’s bottom and a Windsor goal. Ordinarily heads might drop but whisper it quietly, this season the Vets are made of sterner stuff – a flowing move with 12 minutes remaining on the clock and that man/drone Gidley with the amazing ability to be in the wrong place at the wrong time catches a cross first time which smashes against the Windsor backboard – an outrageous thing of beauty – appreciated by Hugh, Peter and the hipster David watching on.

Tetchy final 10 minutes but every chance to win it before the final whistle – 2/2 great result and team effort. Genuine apology to Heidi our brilliant umpire for being old and grumpy but the final words lie with the Admiral Milne-Home, who went to our man of the match keeper and said “ kiss me Hardie “ .

This week saw the 1sts play Portsmouth away, on a hot day with an unforgiving sandy pitch. This was going to be a tough game due to Portsmouth’s experienced and physical team. We started strongly with good distribution from the back and we created plays with help from Jacob’s signature runs allowing many shots on goal. We were definitely the stronger team at the beginning of the first half going 1-0 up, barely giving Portsmouth the opportunity to penetrate our D. But unfortunately, on the counterattack Portsmouth managed to overwhelm us and put 2 in the back our net before the half time whistle blew. This was very much against the run of play.

The second half brought lots of anger with cards being brought out, chatting back to the umpires and Portsmouth finding any way possible to turn decisions over, sometimes disrupting the flow of the game. Although we fought hard and won several short corners we were not able to penetrate the experienced Portsmouth defence to score any goals. Again, to our dismay Portsmouth managed to keep pressuring us on the break and scored one more goal making the final score 3-1.

This first loss of the season has taught the team some valuable lessons and we can only come back stronger from this defeat, we will keep our heads high, carry on training and be ready to take on Southampton next week.

After a week off, the 2s were back with a tough fixture at home to Poole. The Dorset side started strong and instantly put pressure on the home team with their high press. Despite valiant efforts by the entire backline and endless running from Ash in the middle, Poole were clinical in their finishing and went into the half 5-0 up.

Skipper Alex quickly set his expectations for the second half and asked for more from every single player and the team responded well. Quickly pulling a goal back after half time through a well worked goal finished off by the returning Matt Hemming.

Zach Gibb’s strong ball carrying and direct running and had been causing the Poole side issues all afternoon and finally he earnt his reward by breaking through into the D, only to be sandwiched between the goalkeeper and struggling defender. A stroke was awarded and up stepped that man Hemming again, who calmly gave the keeper the eye and slotted the ball a yard outside the left hand post.

Haslemere continued to battle and were great value to pull back 2 more goals through a poacher finish from Jules and a well worked short corner from Ash before the final whistle and the game finished with a very credible 5-3 loss.

With one umpire commenting “if that had gone 10 minutes longer, you would have got a result” the team have a lot to be proud of going into their first away game next week.

Andover 2s is always a tough game particularly for the development team, a very physical side with a few players that, for reasons only known to themselves, carry an unhealthy anger that threatens to explode at the most innocuous decision.

The threes, with another new line up took to the field attempting to avoid conflict and play effective simple hockey. Going to plan, Haslemere scored first; winning a short corner and turning to specialist Davenport who flicked into the top left for the opening score.

However that was a good as it got for Haslemere as the strength of the Andover forward line started to reap rewards. A needless green from Haslemere gave the opposition a man advantage and the chance was not missed; Andover were quickly 2-1 going into halftime.

After the break the game atmosphere was tense, and whilst chances at both ends were few, Andover were clinical in the D scoring from all three opportunities. That should have been the end of game however the unexplained mental fuses lit by the opposition just by entering the Haslemere arena finally exploded leading to two yellow cards for unnecessary, unexplained tackles that thankfully left no game ending injuries to some of the teams younger players. Haslemere dominated play against the remaining, less volatile, 9 of Andover but were unable to make it significantly count in the goals column.

A consolation goal late on, expertly poached by Pete Crook gave some comfort to Haslemere; but the final whistle came shortly after ending any unlikely hopes of a comeback. A good game to get out of the way!

M4’s headed over to Andover for a 3.45pm pushback against an Andover “home eleven”loosely classed as their thirds with a bare 11 players, not a good combo on a warm, energy sapping, afternoon!

Haslemere started off very well, with Chris “This is Sparta” Stokes scoring his 300th goal for the club within minutes of pushback, truly a surprise for the M4’s as we don’t usually wake up until about 10 minutes into a game: 1-0

Andover came back strongly but most of the play was around the half way line for the next 10 minutes until Andover broke and a couple of lucky bounces went their way for them to score: 1-1 at half time.

Haslemere then took advantage of the sun behind and some crisp passing to break and score via Ben Collyer, scoring his 5th of the season: 2-1

Unfortunately the sheer number of Andover subs and some… dubious… home umpire decisions meant a lot of Andover short corners and unfortunately it was only a matter of time before they converted one: 2-2 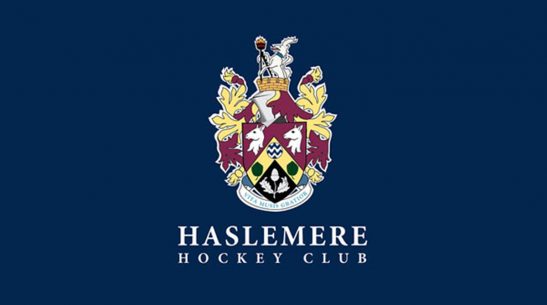 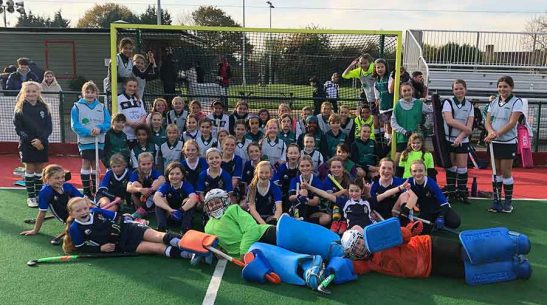 © 2021 Haslemere Hockey Club - Hampshire, Surrey, W Sussex All rights reserved.
We use cookies to enhance your site experience, improve our understanding analysing our site traffic finally to enable social media features.
By continuing to browse, closing this banner, scrolling or clicking a link you agree to the use of cookies.AcceptRefuseCookie Policy
Revoke cookies