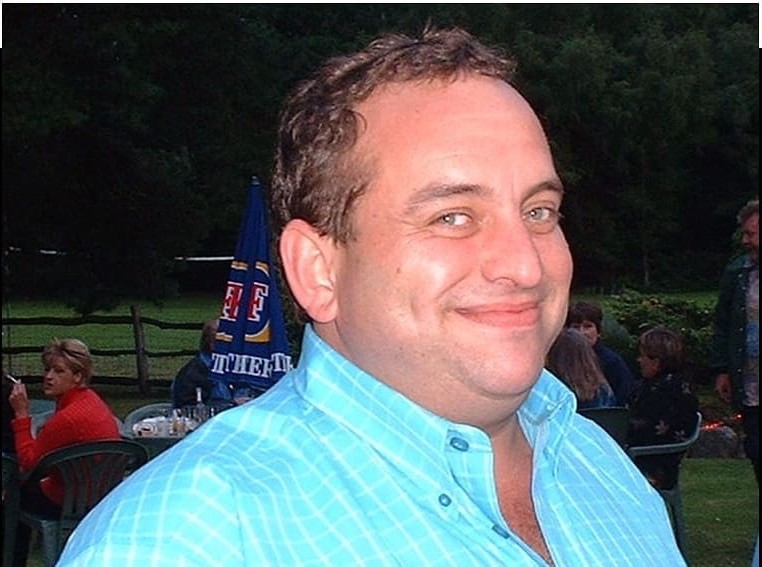 It is with great sadness that the club would like to inform its members that Graeme Dilworth passed away last week. Two former club chairmen who knew Graeme well, during his more than 30 years at the club have shared some thoughts and memories. Graeme had an incredibly long association at the club as player, coach, umpire and as very proud father of Rob Dilworth, who many of you will also know.

Most knew him as Dilly, I just called him Dad. A man who had so much love for our club, a clubman through and through. It is thanks to my Dad that I started the game. Despite my initial reservations, my Dad dragged me along to training on a cold winter’s morning. Under his and club legends such as Mike South and Izzy O’Neill stewardship, I fell in love with the sport that he loved so much. We went on to spend most weekends travelling around going to and from matches. My Under 16/18 season always stays in the memory. Olly Green as Coach and my Dad as umpire/manager. They made quite the leadership team. We went on to win the league. Many of the team have gone on to stay at the club and be good clubmen themselves. He was always proud of this.

As an umpire, although at the time I didn’t always agree with my dad’s decision (teenage angst I guess) he was in my opinion (biased I know) the best umpire we ever had.

I think it was due to the time he played the game, he also talked about the joys he had with the 3rd XI, many of which he stayed close friends with.

I like to thank you for all the messages of love and support for my Dad they have been wonderful and comforting to receive. It shows what a lovely family we have at Haslemere Club, a family that my dad loved very much.

Known affectionately to one and all as “Dilly” throughout his time at HHC, Graeme Dilworth was a long-standing former member whose contribution to the club will never be forgotten. A keen player and coach, an excellent umpire and somebody who personified the sociability of sport, Dilly was respected and appreciated by everybody who knew him across not only the three Haslemere hockey sections but also throughout the rugby and football clubs. 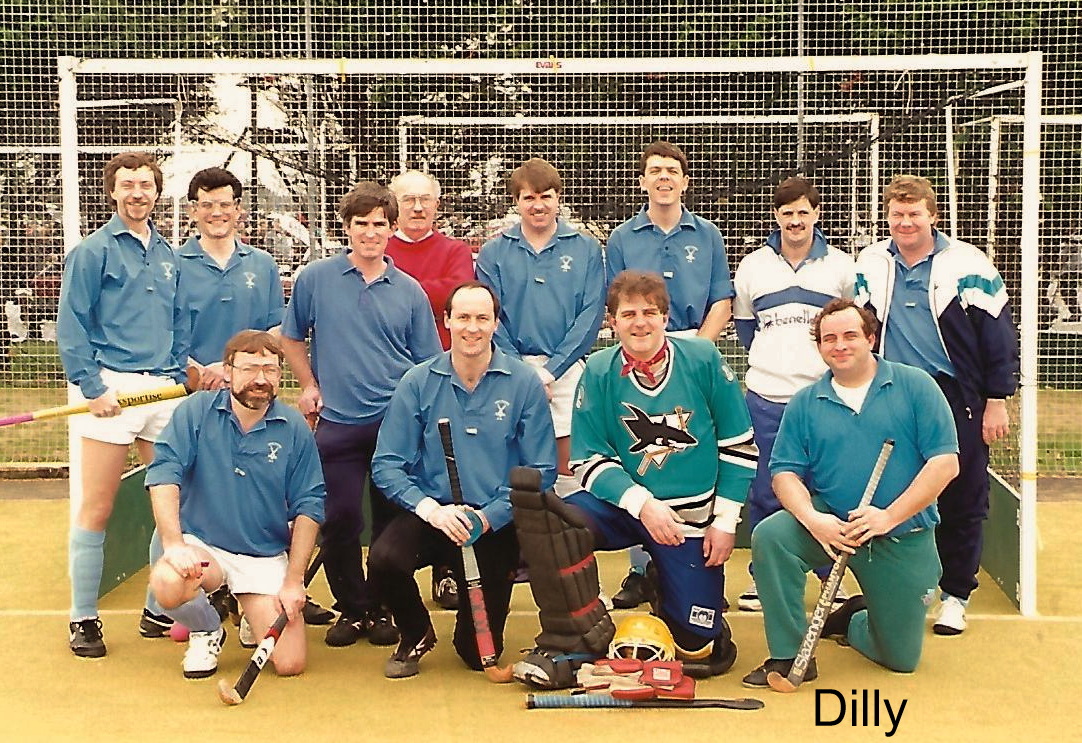 He learned his hockey at public school in Taunton and came to Woolmer Hill following a number of years playing for Weybridge Hawks. Those with the longest memories will recall him as a stalwart of the “unbeatable” 3rd XI of the early to mid-nineties under the captaincies of Pat McGrath and David Bradshaw, a team that also fielded such luminaries as Pete Hatch, Clive Sharman, Russ Cupitt, Iain Lynch, Johnny Roberts and Peter Lawrence who he also counted among his closest friends. Dilly was a full back of the old school when the rules were perhaps a little more forgiving than they are now — an uncompromising defender who marked his man closely, took no prisoners and struck the ball ferociously to clear his lines!

Throughout this period, he was also a keen tourist to the Isle of Wight and latterly to Hulst (on occasion bringing along his brother Mark – inevitably nicknamed Little Dilly!), where his smile, humour and laughter always played a central role in the social success of those trips.

When the club decided that it should enter a team into the Wessex Masters league, Graeme was one of the first to put his hand up, convinced others that this was a good thing to do and helped ensure that the new initiative was a success both on and off the field. He was an ever present for the first year or two until persistent injuries meant that he hung up his stick and took up the whistle.

This move (from poacher to gamekeeper, as he was often told!) was of major benefit to HHC at a time when only the men’s first team received appointments, very few of its members were qualified umpires and players simply took turns to officiate as best they could. Over the next decade, the club built a team of fully trained umpires around him with the result that, today, all HHC games that do not receive county appointments still benefit from a suitably qualified HHC official.

Dilly quickly became a very good umpire who could, if he had wished, have been very successful on the county circuit or even higher. However, a club man through and through, he preferred to be appointed to HHC games and spent almost twenty years umpiring across all three club sections. It was very rare that he would ever turn down a game and team captains knew that, if he was officiating, there was every likelihood that the match would go smoothly. It should also be said that he could always be relied upon to take up his “umpire’s pint” in the pavilion afterwards!

The emergence of Rob (Young Dilly!) as a player of significant ability and a man who went on to play as important a role at HHC as his dad, was of course something of which Graeme was immensely and justifiably proud. Coaching, umpiring and watching Rob as he became such an accomplished player, captain and coach in his own right brought him great joy as did ensuring that he carried on the Dilly family tradition of a ready smile, a kind word, a good laugh and team beers after every game.

I first met Graeme towards the end of his playing days at HHC. His son, Rob, had turned 13 and was eligible to play adult men’s hockey. I was asked if I would organise and captain the men’s development team. I knew Dilly wanted nothing more than to play hockey with his son and he realised that it would be no more than a season before Rob pushed on up through the adult ranks. So along with a few “grown-ups” Dilly, Mike South and Dhiren Patel we played alongside a group of 13 and 14 year-olds. Rob Dilworth, Elliot Hall, Matt Godden, Matt Elstow to name a few from memory. It is clear to me where Rob got his do or die defending, and innocent smile for an umpire. Dilly senior was a master at this. No quarter given, but always incredibly polite with that angelic smile when he helped lift an opposition forward up off the ground. 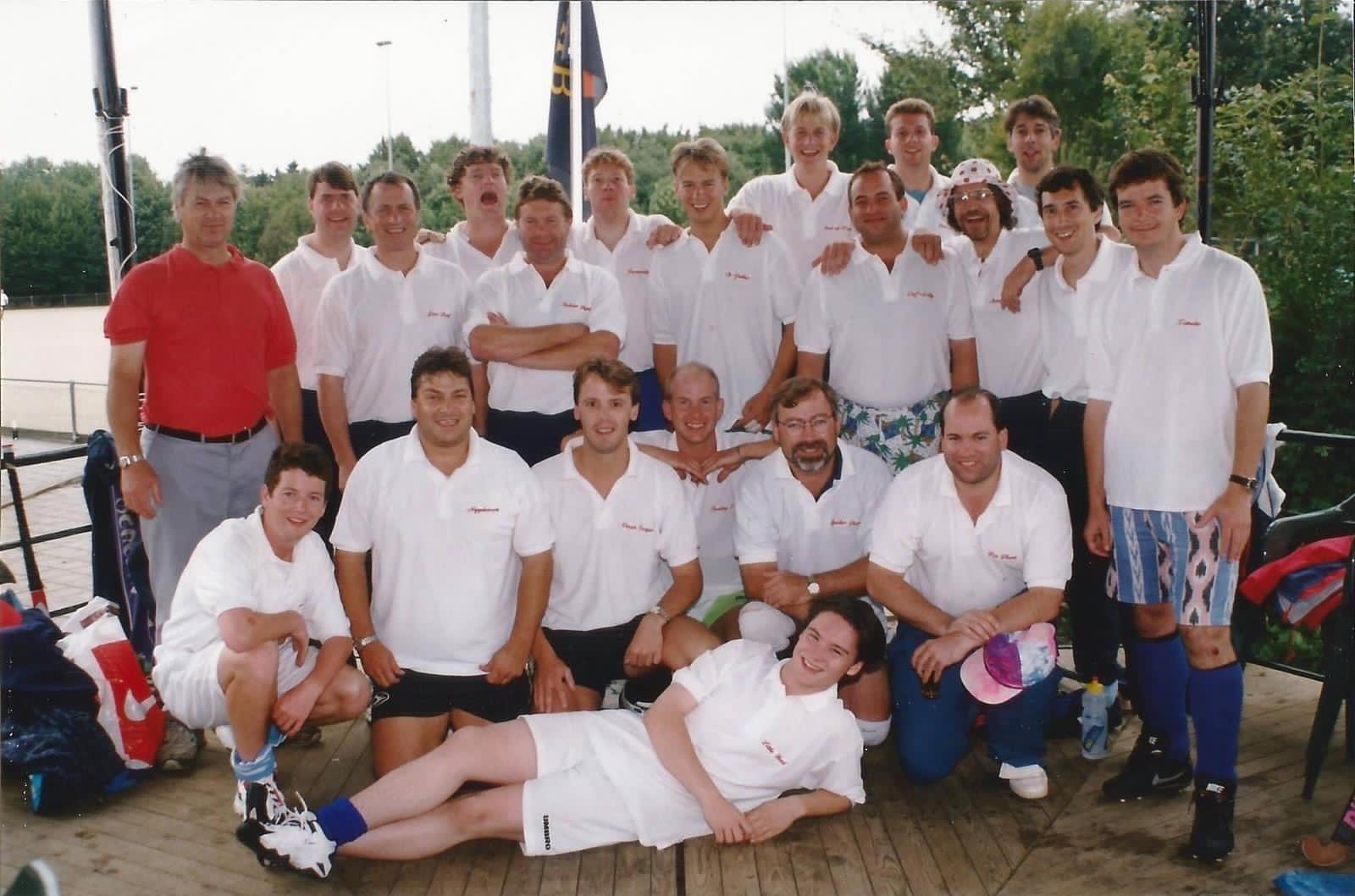 I remember one tightly fought contest, when I looked back from my position as centre forward to see a stick flying 20 feet up in the air from left back to hit the fence on the other side of the pitch. Being an excellent umpire, Graeme had a developed a novel way of showing his displeasure at what was clearly some very one-sided umpiring from the other teams official. I was asked to talk to my player, and as I approached Dilly he said to me under his breath “sorry skip! But it was much safer for the umpire that I got rid of my stick” we laughed a great deal in the bars after these games. Graeme was never happier when we were chatting about how Rob had blocked tackled a player twice his size or Elliot had beaten the same adult defender 3 times before rounding the keeper to score.

An ever presence in the bar after games, Graeme embodied all that is great about the club and the sport in general. He was always quick to cheer up anyone who felt low after defeat. He had an infectious and quite noticeable laugh that you typically heard as you swung open the pavilion door and headed to the bar.

There was also a quieter and more thoughtful side to Graeme. As chairman I had a handful of people I chatted to regularly to gauge the membership view on issues and changes. Graeme was one of those club members who had his finger on the pulse of the club.  A good listener, and someone quick to let me know if he felt someone needed support or help. He understood perfectly what it meant to be a good club member and always stepped in when the club needed him.

Although Dilly has left us far too early, he has however, left us with so many fond memories, many of which were shared over a beer in the clubhouse.  I trust that when things are more normal, we will be able to gather as a club, play a little hockey and raise a glass to Graeme in thanks for his many years of support for the club and all those fond memories we share.

Finally, our love and deepest sympathy goes out to Rob and his family. Who I know we are all here to support in any way we can. 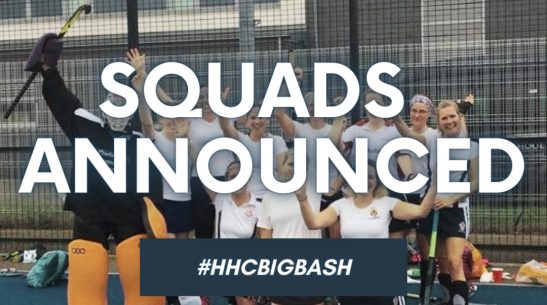 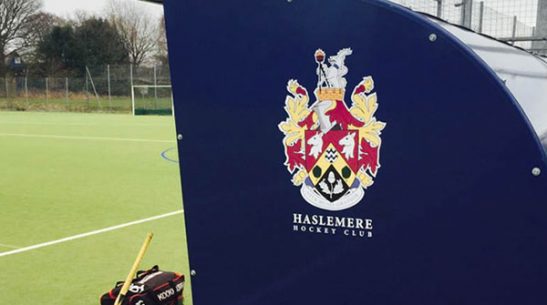