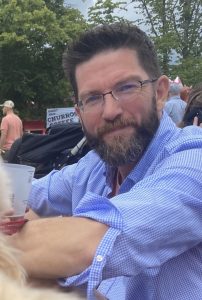 It’s a pleasure to take over the reins from Phil Coghlan as Chairman of Haslemere Hockey Club. I’ve been involved in hockey since the year GB men won the gold medal at the Seoul Olympics and those immortal words from the commentator, Barry Davies, “Where were the Germans? But frankly, who
cares?”.

In those 34 years the sport has changed a lot and I’ve been lucky to experience many things along the way, from playing on grass pitches in the Yorkshire league to water based astros in the National Premier League with Reading and then Guildford alongside Olympians who were as close to professional players as possible.

I’ve been at Haslemere HC for about 8 years now and as well as playing have been a coach for at least 6 years in the Junior section (where my two sons play) including last season as Lead Coach of our Under 10s section.

To have been leading a section made up of several volunteer coaches that regularly had over 80 kids playing on a Sunday morning, and to have both our girls and boys teams get to the South Central regional championship, compares with anything I achieved as a player.

Our under 12s and under 10s boys and girls teams all getting to the Regional finals means our Junior section at those age groups was the most successful in Hampshire last season, something we aim to develop further and across the whole club.

We now have nearly 650 members and the board have been working hard over the off-season planning for the season ahead to help improve and hopefully grow the club over this and the next years.

For adult members of the club we have the open day on the 3rd September, with junior sessions starting from the 9th.

Dir of Junior Hockey
More
Contact Us
In Touch